Get your "10% off" discount code delivered straight to your inbox. 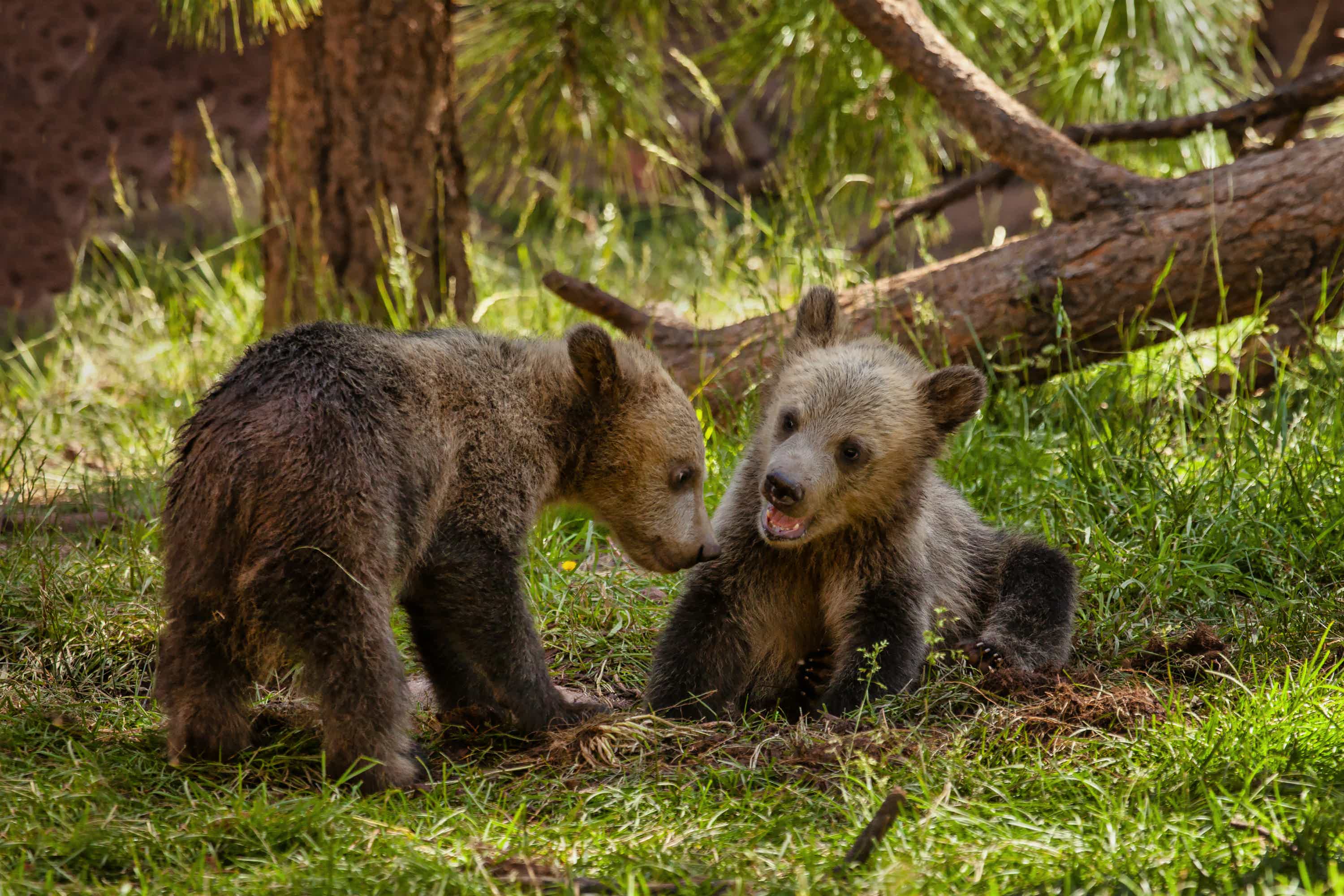 This story begins in the spring of 2020. A hiker north of Helena Montana was going for his routine hike in the foothills of the Rocky Mountains near the town of Dupuyer. As the trail crested a small hill he heard the sound of bear cubs and immediately turned around and walked quickly back down the trail. A moment later he looked back to see a mother grizzly running full speed towards him. She sunk her teeth into his thigh as he was pulling out his handgun.  He was able to fire a few rounds at this understandably protective bear. The bear retreated and the man called for help.

The Montana Fish Wildlife and Parks was alerted and the search was on for this wounded bear. The mission was postponed as darkness fell. The next morning a helicopter was dispatched and the wounded bear was found. Her injuries were determined to be too severe to be repaired and the euthanasia decision was made for humane reasons.

That left an unknown number of cubs alone in the Rocky Mountains with a slim chance of survival. The Montana Fish Wildlife and Parks department put the word out to all of the landowners in the area to be on the lookout for orphaned grizzly cubs. Two days went by and a call came in from a rancher near Dupuyer who spotted 3 cubs in a meadow. It was going to take 2 hours for the state official to arrive on the scene to capture the cubs.

A major snow storm was going to arrive that evening and the rancher feared these bears had no chance if they left the meadow and disappeared into the thick brambles of the nearby ravine. He also knew that there was a lone adult male grizzly in the area and if the cubs crossed paths with this bear it would mean certain death. He called his teenage sons and other ranchers in the area to hurry to the scene. They were going to try to capture and hold the cubs until the authorities arrived.

This group of compassionate ranchers surrounded the 3 scared cubs in the meadow, roped them one by one and wrestled them into a large garbage can. They were then transferred to Montana Wild in Helena Montana to get the appropriate care.

Grizzly cubs cannot be released back into the wild for a multitude of reasons, so they needed to be placed in an accredited facility or unfortunately ….. Euthanized. The clock was now ticking and the dedicated staff of Montana Wild began searching for a suitable new home for these cubs.  They notified the two major zoo accrediting associations (AZA and ZAA) to assist in the search for permanent placement options.

Once the word went out, Bearizona Wildlife Park in Williams Arizona wasted no time in contacting Laurie Wolf at Montana Wild. This would be the third attempt by Bearizona to rescue Grizzly cubs in need. Bearizona attempted twice before and failed, but they were not deterred and put forth a very convincing case for these cubs to be sent to the beautiful ponderosa pine forests of Northern Arizona.

Since Grizzly Bears are still listed as a threatened species on the federal endangered species list, Bearizona needed approval from the US Fish and Wildlife service. The initial answer from this federal agency was a firm “no”. But the agent in charge of these grizzlies kept an open mind, listened to the passionate arguments of Bearizona and worked hard to find their way to a “YES”.

One of the most persuasive points Bearizona made in the competition for these 3 cubs was the promise to build a state of the art Grizzly exhibit with the goal of being the best exhibit in the United States. After a few weeks of discussion, research and legal consultation …. Agent Hilary Cooley called with great news …. Bearizona was approved!

After all the needed paperwork was signed and the veterinary checkups were performed, a team from Bearizona prepared their air conditioned animal transport van and headed north to Helena, Montana. It was a 1,000 mile journey that the team planned on pulling off as quickly as possible to minimize the stress on the cubs.

With the 3 grizzly cubs safely in the rescue cub area of Bearizona Wildlife Park, work began immediately on the new spectacular exhibit that would be their permanent home. The 40,000 square foot habitat was planned to feature a mountain range of 50’ tall peaks that replicate the Teton Mountains of Wyoming, a roaring 2,000 gallon per minute waterfall and many other water features.

Bearizona Wildlife Park wanted to give these bears names that honored both the state where they were born and the people who helped Bearizona in their rescue.

The biggest female was named Hanna in honor of the world famous Jack Hanna who helped Bearizona during each of their 3 attempts at acquiring orphaned grizzlies. He has dedicated most of his life to promoting the conservation of grizzlies and their habitats.

The smallest female was named Sky after the beautiful Big Sky state of Montana.

Every purchase helps to provide for food, care, and any medical needs for these grizzly cubs. We welcome you to come visit the cubs in person with a trip to Bearizona located in Williams, Arizona.

Join Bearizona as we work to provide animals in need with a home.

Our goal is 100% customer satisfaction. We stand behind the quality of the products that we sell.